Scott helps clients obtain the benefits they are owed, which are often wrongfully denied or underpaid. He assists his clients in navigating the difficult and complex demands made by their insurance companies. As an insurance litigation attorney, Scott focuses his practice nearly exclusively on insurance coverage disputes. 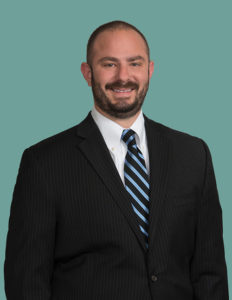 Prior to Scott’s decision to represent consumers mistreated by their insurers, Scott was employed by Colodny Fass, P.A., a well-known insurance defense and insurance regulatory law firm. During his time representing insurance companies, Scott handled a wide variety of insurance related matters. While working with insurers, Scott gained critical insight into the claims process and an understanding of the insurance industry, which now provides Scott with valuable tools in negotiating and handling insurance coverage lawsuits.  During his time at Colodny Fass, Scott was involved in the handling of hundreds of claims at all levels from initial investigation up to trial and was responsible for supervising the work of other attorneys at the firm. Mr. Zucker was involved in all aspects of the claims process, including:

In addition to his experience in handling first-party insurance claims, Scott has also represented plaintiffs in personal injury cases, abused and neglected children injured in Florida’s child welfare and dependency system, as well as commercial litigation and landlord tenant disputes.

Even while working with insurance carriers, Scott had a desire to help individuals treated unfairly by their insurance companies. As an example, Scott was approached by an elderly woman in her 90’s who was having problems receiving long-term care benefits from her insurer. Even though Scott’s practice involved representing insurers, he felt a need to help. When she needed the long-term care benefits she had paid for, the insurance company refused to pay what was owed and instead issued improper denials and charged greater premiums than what were owed under the policy. Despite this being outside Scott’s practice area, he agreed to help and was quickly able to secure a refund of the overpaid premiums and all of the benefits the insurance company had improperly withheld. The satisfaction of protecting this elderly consumer coupled with witnessing the unfair tactics used by the insurance carrier to withhold critical long-term care benefits ignited a desire to join Michael Leader in representing those who have been treated unfairly by their insurance carriers and to pursue fairness and justice.

Scott is the proud father of three beautiful children and is supported by his wife, a therapist and Thanatologist, who is also a mean baker. Scott is a member of the Florida Bar, and has been a member of the Broward County Bar Association since 2009. He is admitted to practice in the State Courts of Florida, as well as the United States District Court for the Southern District of Florida. Community involvement is imperative to Scott, who has been serving on the board of the B’nai B’rith Justice Unit since 2013 and serves as an active member of his synagogue’s executive board where he operates as the synagogue’s parliamentarian. His community volunteer work extends to the welfare of his fellow veterans through his involvement with Mission United and Disabled Veterans of America.