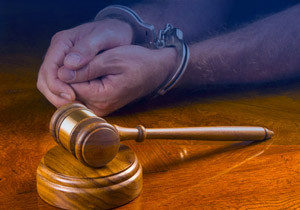 *If you are under the age of 21, have a person under the age of 18 in the car or have a breath sample of .15 or higher, you are subject to enhanced penalties such as up to 270 days in jail, a $1000-$2000 fine and an ignition interlock device for six months or longer at your expense. In the event of an accident and/or property damage, you could face up to one year in jail instead of the potential six or nine months for a non-accident case. As well as having to suffer the conditions of prison, being a convicted felon will have destructive affects on your future, particularly when it comes to finding employment. You will need the help of Real Jobs For Felons in order to be able to build a life for yourself post-prison.

2nd DUI offenses carry even harsher penalties than those noted above. However, if your second arrest is within five years of your prior conviction you could face MANDATORY JAIL TIME and InterLock Devices in your car at a substantial expense to you for two years or longer!

If you are arrested for a third offense, (or more) within ten years of your prior conviction(s) and enter a guilty plea or are convicted, you will likely be prosecuted as a Felon and may become a CONVICTED FELON, as a third DUI offense within ten years or a fourth, (or higher) DUI offense is no longer a misdemeanor. You may be subject to up to FIVE YEARS IN A FLORIDA STATE PRISON and a LIFETIME REVOCATION OF YOUR DRIVER LICENSE without the automatic right to a permit or restricted license. Once you have a permanent revocation, you may never be able to legally drive again! The fines and most other penalties may be increased dramatically, as well. http://www.leg.state.fl.us

Whether an accident is your fault or not, if someone is seriously injured or dies in accident you are involved in, the mere allegation of impairment on your part may result in you facing serious felony charges with mandatory PRISON TIME. In the case of DUI Manslaughter, Florida currently has a four year minimum mandatory prison sentence, but you could face up to FIFTEEN (15) YEARS in a FLORIDA STATE PRISON and will lose your license permanently if convicted. It is absolutely essential to hire us as soon as possible so that we may take the necessary steps to afford you the best DUI defense possible. You do not even have to have caused the accident; as long as the State can demonstrate you contributed in any way to the crash that resulted in death, you will face a felony conviction, a substantial prison sentence (4-15 years), a permanent revocation of your driver license and many other penalties and fines.

2ND REFUSAL TO GIVE BREATH, BLOOD, OR URINE

If all of the above took place and you refused the test, the State can charge you with a first degree misdemeanor punishable by up to a year in jail. This is IN ADDITION to the penalties for DUI. The State typically seeks at least thirty (30) to ninety (90) days in jail for this offense alone in many jurisdictions and sometimes more! http://www.leg.state.fl.us ARE YOU A UNITED STATES CITIZEN? If not, you may be subject to DEPORTATION if you plea and/or are convicted of any criminal offense. If you do not live in Florida, especially if you reside outside the United States, a conviction may make it impossible for you to EVER lawfully drive in Florida again!