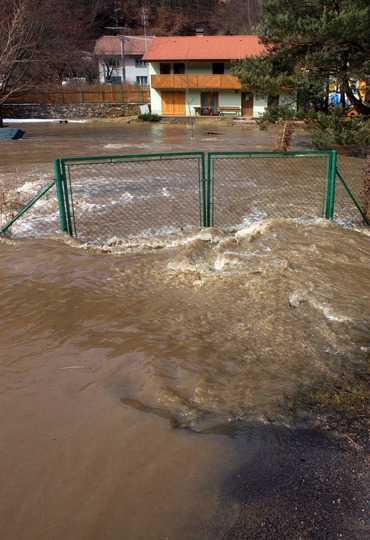 FORT LAUDERDALE, Florida. Many people who suffered flooding after Hurricane Florence may not have coverage. According to the New York Times, it is estimated that millions of people might have experienced flooding, but only 335,000 homes might actually be protected with flood insurance. While homeowners in listed flood zones are required to have flood insurance, some areas that might be prone to floods might not be listed as flood zones. Homeowners may not be aware of their risk and, because they are not required to purchase flood insurance like those who do live in flood zones, these homeowners might find themselves footing the bill if their homes get flooded.

Today, flood insurance is managed by the National Flood Insurance Program, which is under FEMA’s umbrella. When people take out mortgages on houses in flood zones, they are often required to take out insurance by their bank. Yet, if your home happens to be outside the listed flood zone, you may not always be required to take out flood insurance. This is where homeowners might find themselves footing unexpected bills for damage.

As climate change alters the way low-lying and coastal cities flood, FEMA may have yet to update its flood maps. Individuals could be living in flood zones and may not know it. According to the Times, as many as 41 million people live in areas that are at 1 percent risk of being flooded.

Coastal areas tend to be better mapped than inland ones. Inland flooding can arrive unexpectedly for those who think they have nothing to worry about because they don’t live by the sea. The Times reports that people are more likely to die from flood-related causes when storms move inland. The danger to the coast is well-known and authorities do a good job of evacuating people. The houses and buildings on the coast are also constructed with flooding in mind. It’s the inland homes and communities that are at higher risk.

So, what options do people have when their homes are damaged and they don’t have flood insurance? The shortfall is often made up by government loans that the homeowners need to pay back. For families already struggling to pay mortgage payments or balance their debts, this added debt burden can put them underwater—literally. When the federal government steps in to pay homeowners for flood damage, this also costs federal taxpayers money. According to Bloomberg, federal taxpayers have paid approximately $13.4 million in National Flood Insurance payments. Part of the issue is that homeowners can keep rebuilding their homes in flood-prone areas, meaning that they might make claims year after year.

What can you do if your home was flooded after Florence? Know your policy and know whether you have flood insurance coverage. If you have questions about your coverage or your claim, you may want to speak to a qualified flood insurance claim lawyer in Fort Lauderdale, Florida, like Leader & Leader, P.A. Our attorneys can review your policy and help you seek the claim you may deserve under the law. Visit us at https://leader-law.com/ to learn more about your rights today.

Things to Consider When Filing a Home Insurance Claim After Hurricane Flore...

What is Covered in Condo Insurance?
Scroll to top