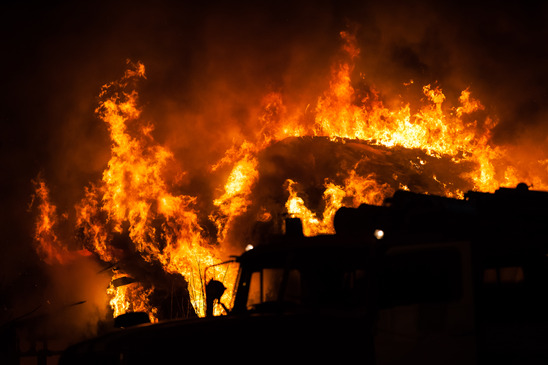 FORT LAUDERDALE, Florida. According to the Insurance Information Institute fire damage in 2007 (the most recent year reported) resulted in $24,399 in property loss. The fires currently blazing in California are being called the most destructive in the state’s history. We’re likely to see more destructive fires like this in the future as the climate continues to change, places get warmer, and as more people move closer to the wilderness. According to the New York Times, California has experienced about a month of higher temperatures.

California is not the only state at risk of fires. While Florida’s fire risk remains low to moderate, areas like South Florida, central Florida and the west coast of Florida show a moderate risk of fire, according to the Florida Forest Service.

As the risk of fire increases across the country, insurance companies might try to increasingly cut corners to save money on fire insurance claims. There are some things you should consider when making a claim as well. When families have to evacuate their homes in a fire, they may have to leave clothes behind or find that their clothes were damaged in the fire. Your homeowner’s insurance may reimburse you for purchases of clothing. However, when making these purchases, it is important to keep your receipts and to not go overboard. If you don’t typically buy designer clothes for work, your insurance company isn’t likely to reimburse you for a new Louis Vuitton suit.

Shortly after the fire, you’ll also want to begin to make a list of your possessions. Ideally, if you live in a place prone to fires, you should make this list now, before disaster strikes. After the fire, it is also important to report your losses and make your claim as soon as possible. Don’t just abandon your property, either, even if the fire was a total loss. The insurance company will expect that you take steps to protect the property that wasn’t damaged in the fire. This might mean putting a tarp over a damaged roof, or putting items that weren’t damaged in climate-safe storage. Of course, if the fire area was evacuated, you won’t be able to do this, but it’s important that you keep your insurance company informed.

The fire claims process can be complex. It isn’t unusual for victims of fires and insurance companies to disagree about the settlement. If you find yourself facing difficulties making a fire claim, consider reaching out to a qualified fire insurance claims lawyer in Fort Lauderdale, Florida like Leader & Leader, P.A. Our firm can review your damages, help you understand your rights, and speak to adjusters to help you get the claim you may deserve under the law. Visit us at https://leader-law.com/fire-damage/ to learn more.

Understanding Your Duties After Loss When It Comes to Insurance